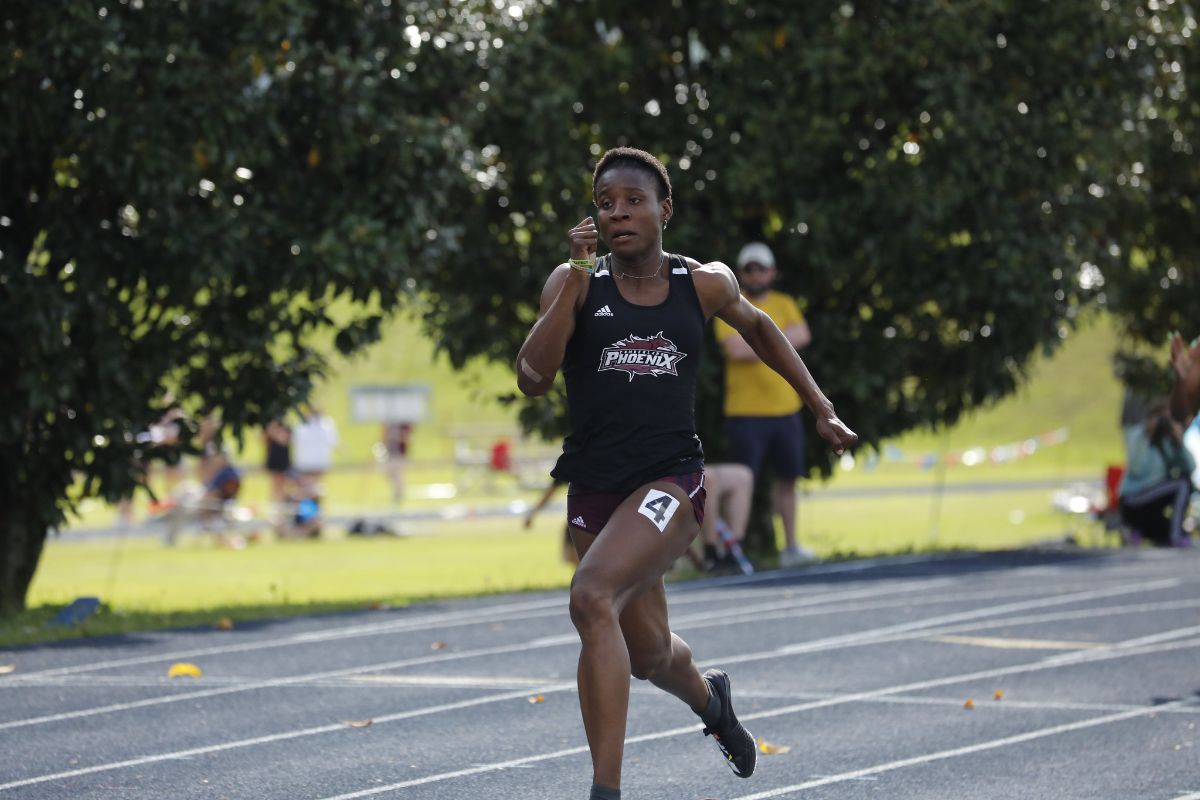 Life University won the team championship with 213 points followed by the University of the Cumberlands with 138 points in second. Campbellsville came in third with 122 points while Lindsey Wilson come in fourth closely behind with 120 points. The Phoenix rounded out the top five with 74 points total.

Praise Idamadudu claimed two Mid-South Conference Championships in the 200m and the 400m. She set a new conference record and facility record in both events picking up a time of 52.27 in the 400m. She battled it out for first holding off Iantha Wright from Life by .02 seconds at 200m for a time of 23.39. Both marks are NAIA "A" standards.

Daveina Watson earned a silver medal in the women's shot put with NAIA "B" standards. Her best throw came at 13.26m. Watson also earned a top-five finish coming in fourth in the discus with a throw of 36.31m.

Hope Britt started the day for Cumberland with a bronze medal in the 5000m race walk, the first event of the day. Britt finished the event with a time of 33:16.55. Dani Rivera finished 10th in the event.

Alana Mack took seventh place in the 100m dash with a time of 12.32 to earn two points for the Phoenix. Mack also finished top five in the triple jump with a mark of 10.80m

Cumberland Women's Track and Field has one more chance to post NAIA National Championship Qualifying times at the Lee University Last Chance Meet on Saturday, May 14.