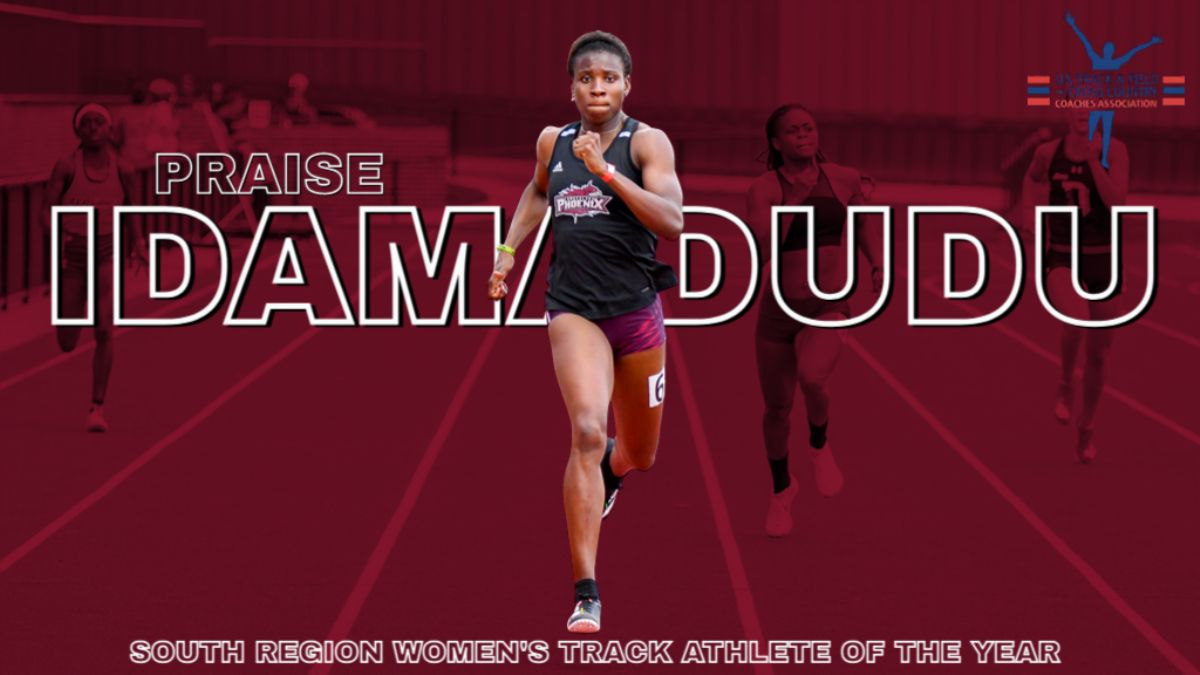 Idamadudu has had quite the freshman campaign pulling in four Mid-South Conference Track Athletes of the Week honors in indoor and outdoor and three national athlete of the week awards. Idamadudu was two-time All-American during the indoor season earning Runner-Up honors in both the 200m and 400m.

Idamadudu, a freshman from Nigeria, is ranked first nationally in both the 200 meters (22.96) and 400 meters (52.27). She clocked both of her seasonal bests at the Mid-South Outdoor Track & Field Championships. Idamadudu also has a seasonal best of 11.76 in the 100 meters. All three of those marks are school records.

She and the rest of the Phoenix qualifiers will compete at the NAIA Outdoor Track & Field National Championships next week in Gulf Shores, Alabama.