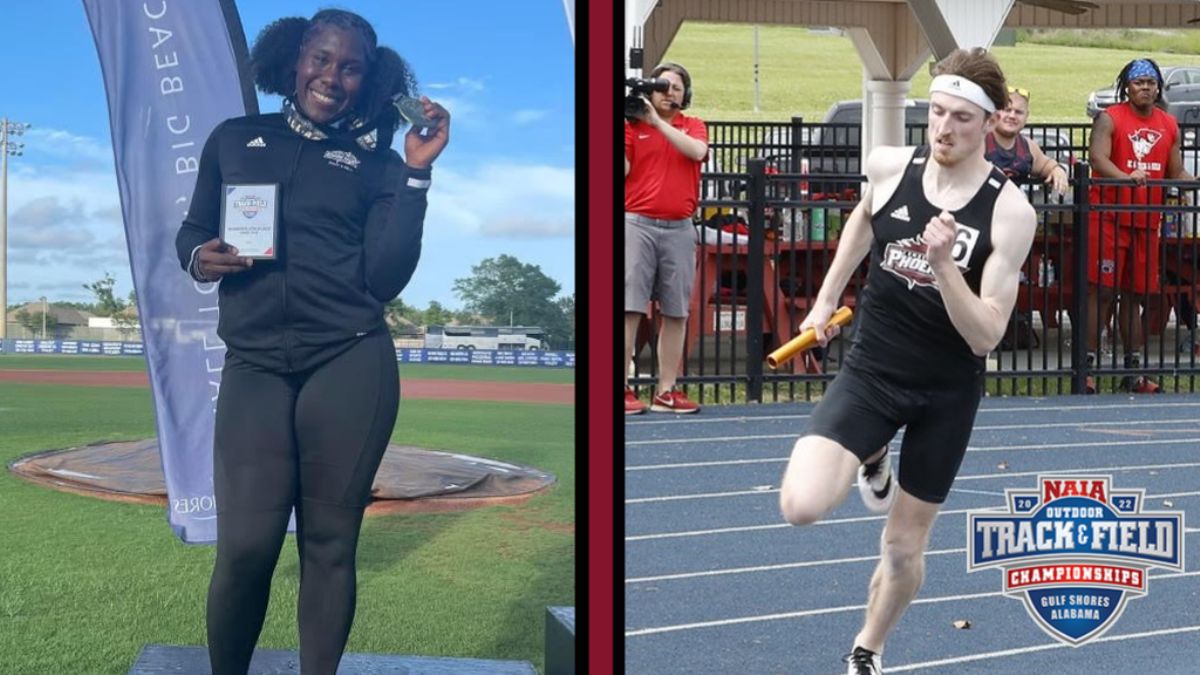 GULF SHORES, Ala.-- The Phoenix put on a show in day two of the NAIA Outdoor Track & Field National Championships. Daveina Watson earned All-American honors in the women's shot put while four other Phoenix qualified for Final Events.

Watson became the first NAIA Outdoor Track & Field All-American of the 2022 Outdoor season after a sixth place finish in the women's shot put finals. She fired off a new career-best distance of 13.66m to place sixth.

Denis Kiplagat finished in 13th place in the 3000m steeplechase run with a time of 9:32.74s to qualify for the finals. The finals will take place Friday at 2:20 p.m.

Tobi Oniyide qualified for the 100m dash finals by running his season-best time of 10.45s. He will compete for a national championship at 4:00 p.m. tomorrow.

In the men's 800m run, Georget Pontillo had the second-fastest qualifying time of 1:51.21s. Pontillo will compete for a national title tomorrow at 5:00 p.m. Trevon Sanders finished ninth in the event with a time of 1:52.29s but did not make the cut for the finals.

Praise Idamadudu had the fastest time of 53.84s in the 400m dash prelims to qualify for the finals tomorrow at 4:30 p.m.

The men's 4x800m relay team consisting of Freeman, Marsh, Pontillo, and Sanders finished 17th with a time of 7:45.02s. Despite running their season best time, they did not make the cut for the finals.