Idamadudu and Mack sweep MSC Track Athletes of the Week 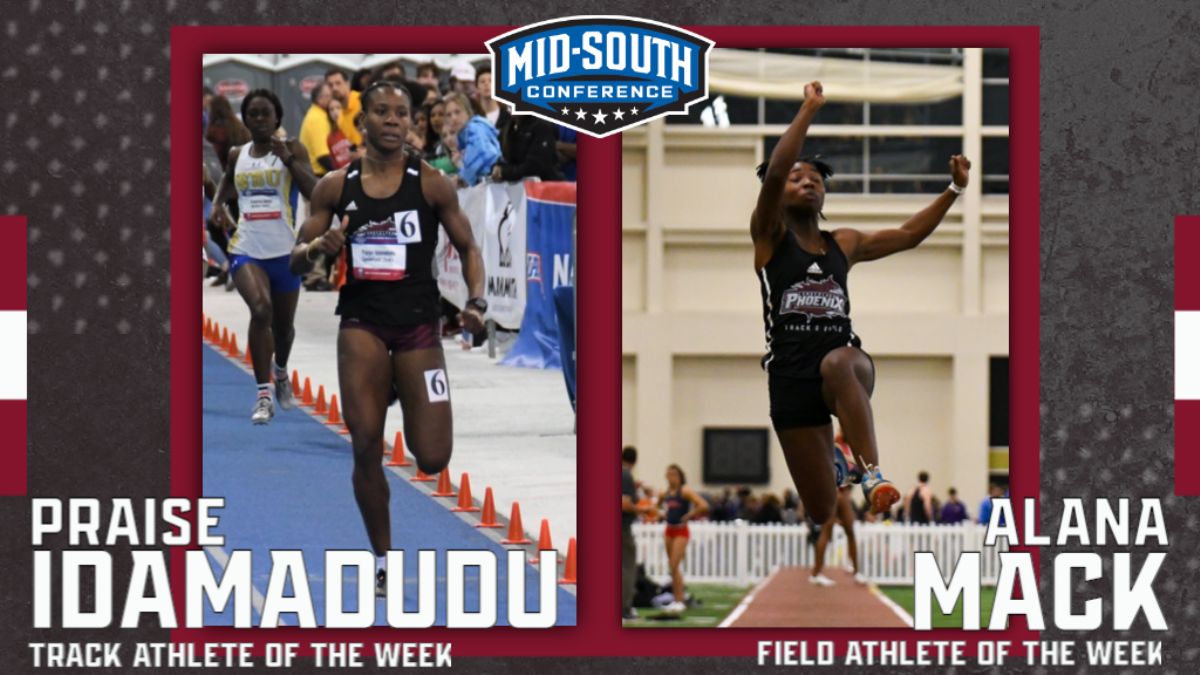 Idamadudu, competing in her first event of the season, qualified for three NAIA Indoor National Championships with “A” Standards for the 60m, 200m, and the 400m. She took home first place in two of the three events she competed in this weekend. She led the 60m dash with a time of 7.53s with  Mack right behind for a second place finish at 7.64s- a time that also qualified Mack with “A” standards. Idamadudu then posted a first place finish in the 400m dash at 56.97s. She took fourth place in the 200m with a time of 25.15s.

Her 60m and 400m times slot in as the third fastest time of the season in the NAIA in each event. Her 200m time comes in at 12th best.

Mack had a first place finish of her own in the women’s triple jump at 11.92m, which qualified her with “A” standards for the NAIA Indoor National Championships. The jump measured out to be the fifth-furthest of the NAIA season thus far.

This is Idamadudu's second career Mid-South Conference Women's Indoor Track Athlete of the Week honor and fifth overall. This is Mack's first time earning Field Athlete of the Week, but her fourth time overall earning the weekly award.